“As a film industry it is our joint responsibility to reflect a kaleidoscopic picture of the societies we live in. The New Dawn initiative aims to create room for a more diverse perspective, thereby enriching the complete ecosystem of the film industry.”

Open up the Film Industry

The international film production fund New Dawn is striving for a vibrant, open and inclusive film industry with true diversity of perspectives, filmic expressions and relevance for everyone.

New Dawn is an initiative of 10 public funds aiming to open up the film industry to the many voices and perspectives in our continuously changing society. As public funds, we have a responsibility to support talented film makers without prejudice or exclusion and to give ample opportunity for multifaceted, original and authentic film to flourish.

New Dawn will operate as a production fund, by making additional funding available for film productions and by supporting film makers in setting up networks.

Applications for New Dawn can only be submitted by an independent production company (a legal entity) based in one of the participating countries of New Dawn, that produces and exploits films and other visual productions on a continuous basis. The participating countries are: Belgium, Finland, Ireland, Luxembourg, The Netherlands, Norway, Portugal, Sweden and Canada.

New Dawn is open for applications that are in accordance with its mission. An integral part of the application is a joint motivation by the producer, writer and director reflecting on how they connect to this mission.

Eligible are film productions that meet all of the following criteria:

NB: Production support based solely on tax or cash-rebate incentives does not qualify. The project is in development or in preproduction.

In addition to selective production support already granted by one or more of the participating film funds:

Only a limited number of projects can be supported by New Dawn each year. For the first call in 2023 the budget is € 500.000,-. The applicant will be obliged to spend the New Dawn grant on the production costs of the film. The grant is non-recoupable and there are no territorial spending obligations.

A joint advisory committee of international advisers is responsible for assessing applications and making the final selection. The advisors are independent and are selected for their expertise and professional excellence. Meetings are chaired by an independent official and proceedings are supported by the staff of the Netherlands Film Fund.

You can find information about the members of the committee here.

Under Article 3 of the General Regulations, the Netherlands Film Fund has been authorised to take a formal decision on the applications based on the advice of the joint advisory committee and the legal and financial framework of New Dawn. 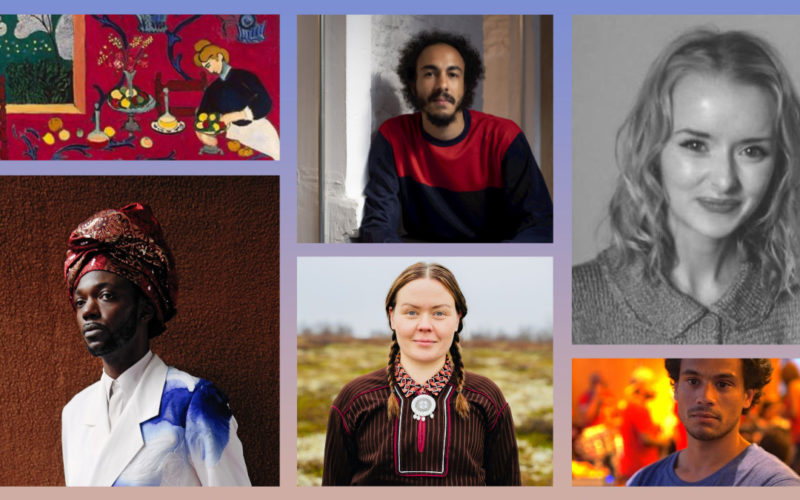 f.l.t.r.t.t.b.: Undisclosed project, Baloji (The Omen), Maxime Jean-Baptiste (Kouté Vwa), Elle Sofe Sara (Árru), Myrid Carten (No Place Like Home), Jonas d’Adesky (Time Out) The New Dawn fund proudly presents 6 projects which have been selected for support. An independent committee selected 2 documentaries and 4 feature films from a total of 51 applications in the […]

New Dawn celebrates its first selection round today at the Toronto International Film Festival and is proud to announce that Telefilm Canada is joining the international fund. New Dawn was launched in May this year at the Cannes Festival by 9 European film institutes and funds, aiming to support more diversity in the international film […]

In this video, chair Shamira Raphaëla explains New Dawn, tells us what the production fund means to her and why others – film makers and public funds – should join: Send in your applications for New Dawn before 27th of June 2022. Click here for more information. Do you work for a public fund and […]